Akanksha on the Planet Blarg

‘Akanksha on the Planet Blarg’ is a short film about cultural assimilation, set in a 3rd std. class in India where a young girl, having moved from abroad, is struggling to adapt. She goes about a regular day in her classroom—feeling the inability to fit in—and illustrates a story of her own to cope. This project's objective is to show adjustment to a new school and country through a child's eyes and to also give a voice to those who have experienced cultural identity conflicts within themselves, irrespective of age.

The research was done through first-hand accounts of OCI (Overseas Citizen of India) students, TED talks, books and films, as well as an examination of personal work from when Apoorva was a child in order to draw inspiration from the ordeal they experienced themselves. Authenticity was pursued through both these subjective and objective accounts.

In the treatment of the film, a balance was sought between the actuality of the classroom and the fantasy world the protagonist has created in her own story. Visually, this meant exploring muddy pastels, along with bright, primitive, childlike color schemes. The filmmaking challenge lay in how to bring about, without dialogue, the aspects of not just assimilation but cultural assimilation—this had to be achieved through the protagonist's illustrated story, and her mannerisms.

In making this film, Apoorva had the opportunity to feel the catharsis of coming to terms with their own issues with identity. They felt responsibility in giving a voice to others like them, something they didn’t have growing up, which would have changed the outcome of a lot of things if they did. It was interesting to approach this issue whilst maintaining the universality of a tribulation we’ve all gone through—feeling like an outsider. 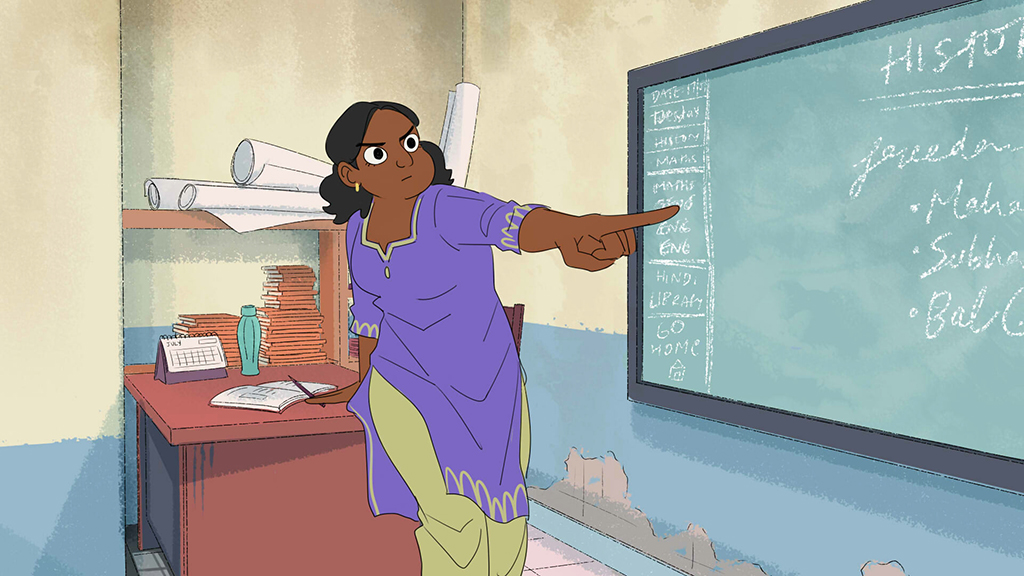