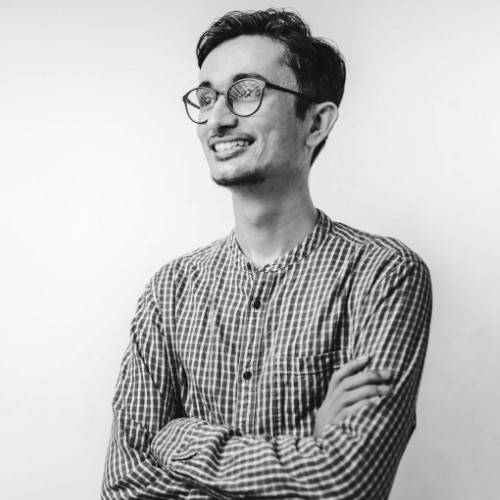 Takri was an official script in the Himalayan belt of North India from the 17th century until the mid-20th century. A version of Takri was used to write Chambeali of Chamba State. In Jammu and Kashmir, a version of Takri known as Dogra Akkhar was used to write Dogri. It was officially adopted in the 1860s and was replaced by Devanagari in 1944. Since Takri fell out of use, there have been efforts by the local government to revive the script and train Takri specialists. However, without the availability of a hot-metal type and a digital typeface, it became hard for the script to survive. The project was to design a Takri typeface that reflects cultural aesthetics and is legible for the general use case scenario. It began with how the Takri letterforms evolved over centuries and collected their samples over different periods. Then calligraphy and hand-lettering were practised mimicking the letterforms. The skeleton of the letterforms was created after multiple iterations, and then it was digitized using the software. The Takri letters were found in two significant variations, the old form of Takri and the Modern Takri. Both versions of the letterforms are included in the typeface, the Modern version being the default setting. This typeface has a visual style of ITF Devanagari typeface. It has been named ITF Takri. It is a high-contrast typeface in classical proportions suitable for setting different publications. The family comprises five weights and has been optimized for superb legibility at small sizes. It also contains all the necessary glyphs to write an older form of Takri. 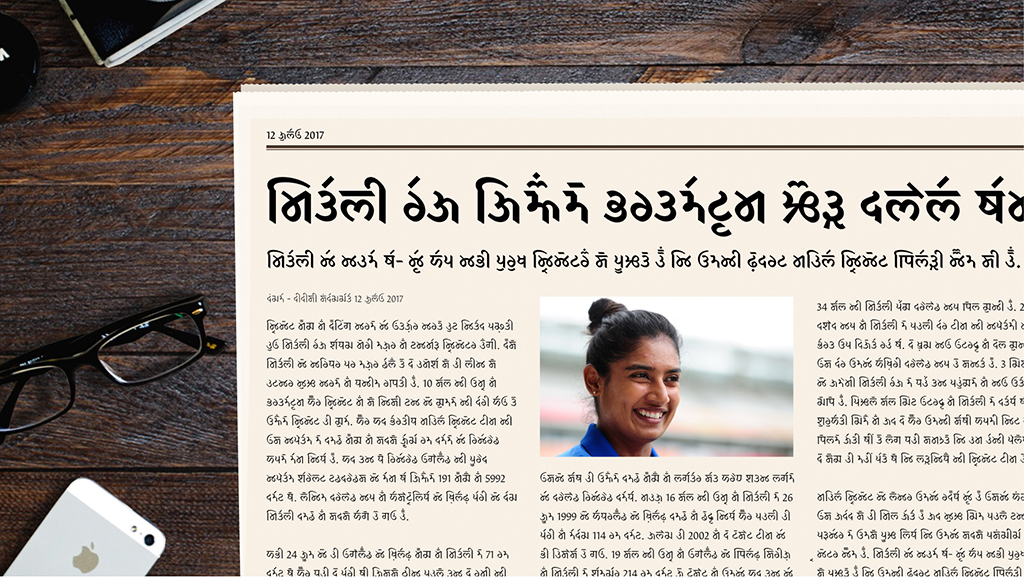 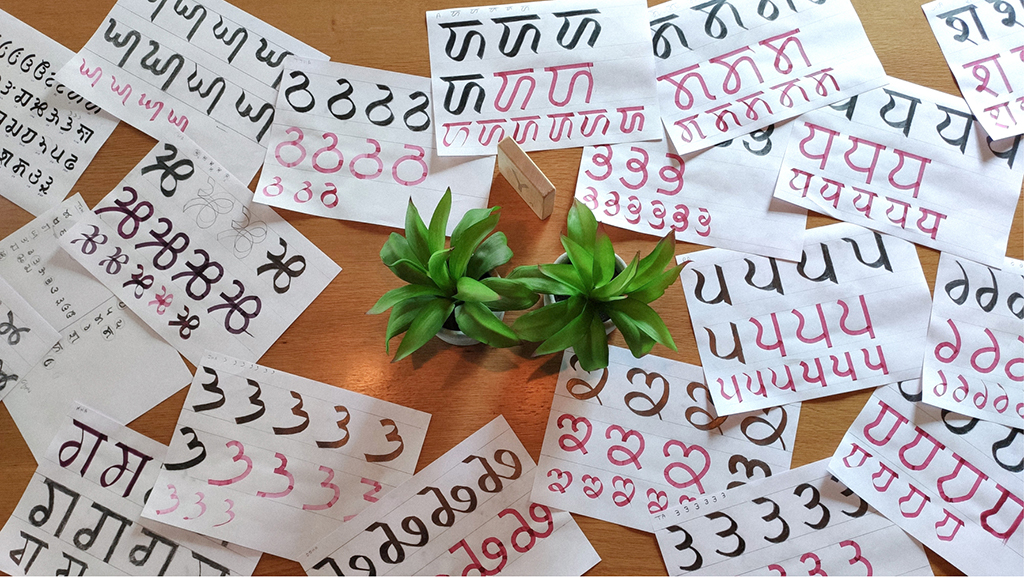 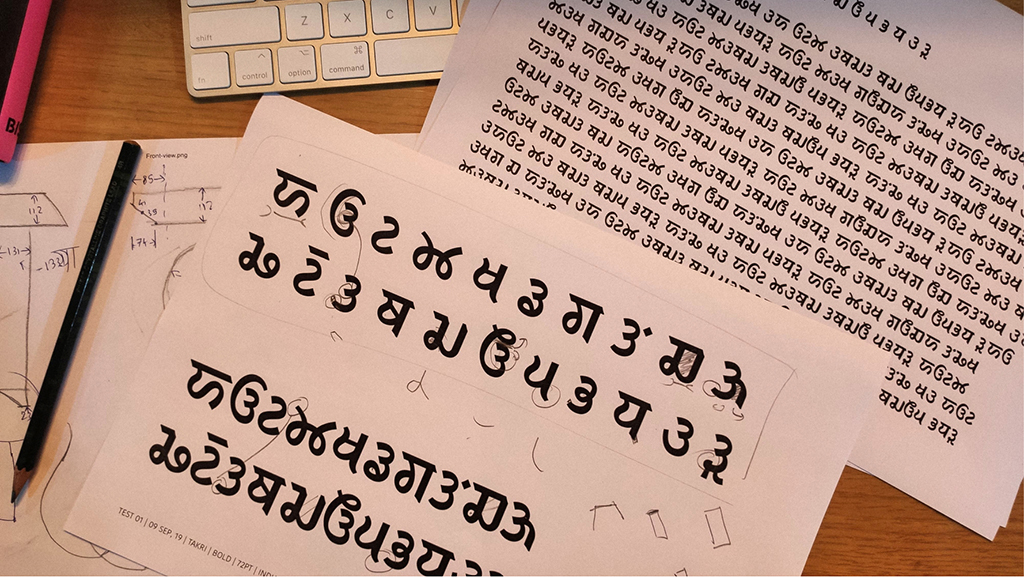 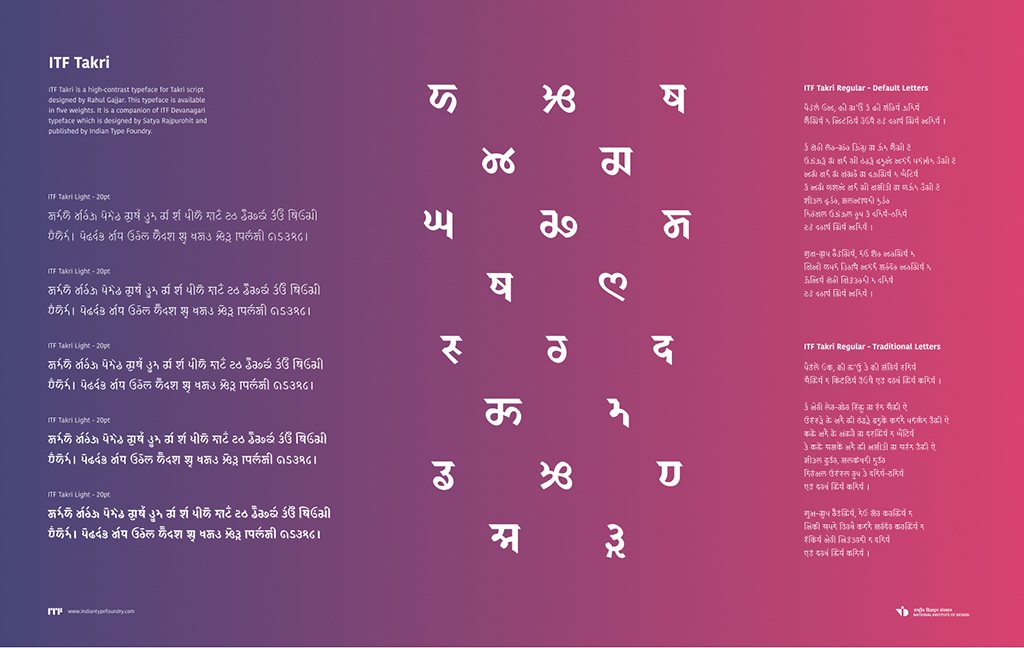